With each project, I become more and more impressed with Dan’s creativity and woodworking skills. He usually blows it off like it’s nothing, or finds the tiniest of flaws and says “it could be better,” but he’s really just being too hard on himself. While he may not always see the potential in his work, I think the work often speaks for itself. And this project is no different.

For this one, he’s creating a wooden Buffalo skyline to hang above our desk in the office. And all of this would be built from a pile of scrap wood and a piece of paper with Buffalo buildings printed on it.

The idea was to create three layers of buildings using different types of wood. We would then use a few different stains to create contrast between each of the buildings.

The first thing to do was cut out the buildings from the paper template, and glue them to each wood piece. 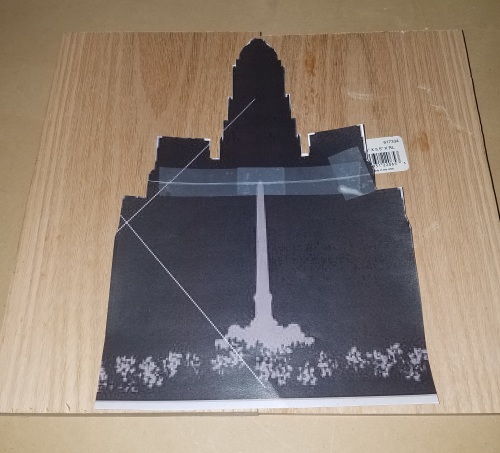 We hand picked wood for a few buildings that we wanted to stand out (like City Hall and the Statler), and decided those would be our favorite – oak. The rest we just used a random assortment of wood, including select pine, common pine and cedar. In all, Dan had about 30 pieces of wood, each with a building glued to the top to use as a template.

The next step was where all the detail work came in. This is the part where Dan’s carpentry skills come to shine, that he often takes for granted  and says “it’s no big deal…”. Dan used a band saw to cut each of the buildings, being careful to add in the detail to each piece (still not sure how he managed to add the detail to the church, you’ll see that in a bit). Dan was quick to note that a scroll saw would have made this part a lot easier, and the cuts more precise. Sounds like we have a new tool to add to the list.

Once all the pieces were cut, it was pretty much a big puzzle for us to figure out precisely where each of the buildings went. 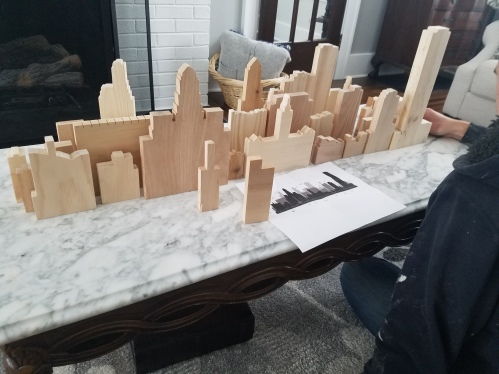 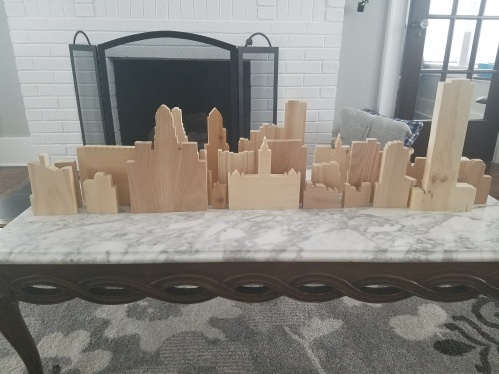 After we had that in order, the project turned over to me to wood condition and stain each of the buildings. As mentioned, we used a few different stains to bring contrast to the buildings – Dark Walnut, Red Mahogany, Honey, Provincial, and Cherry. After adding a few layers of poly, the buildings were ready, and it was time to build a base.

Because the skyline would be sitting above our desk, Dan wanted to add a shelving mechanism to hold everything in place. This was pretty straightforward – Dan used a piece of 1×4 and cut it to 4 feet wide. He then used his table saw to make a unique edge that would wrap around the front and sides of the base. This was then finished off with black paint, which would complement the stained buildings nicely.

Now that we had everything for the skyline and base, it was time to put it all together. Dan secured each building to the base using pocket holes and screws.

Once in place, the only thing left to do was add it to the wall. With three layers of buildings, it ended up being a bit heavier than expected. But Dan swore that the hidden L-brackets he was using would be no problem. So far, no crashes in the middle of the night, so that’s a good sign. 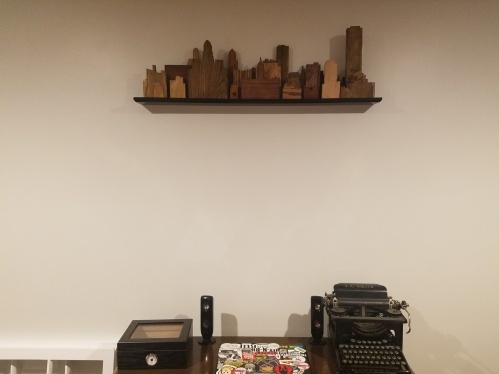 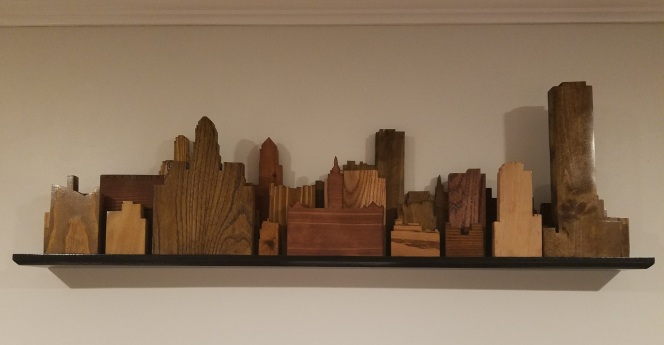 As Dan finishes one project, he always tries to challenge himself with the next. This one turned into an awesome, unique project that anyone with a little Buffalove can appreciate. He truly never ceases to amaze me. 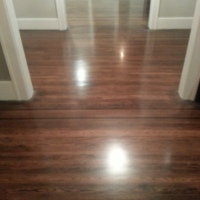 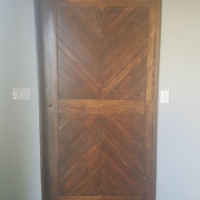 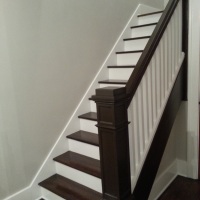 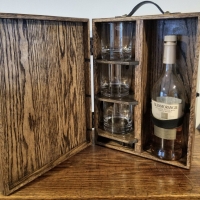 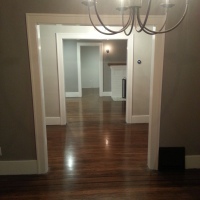 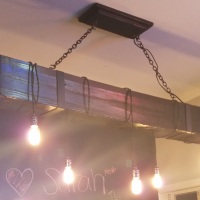